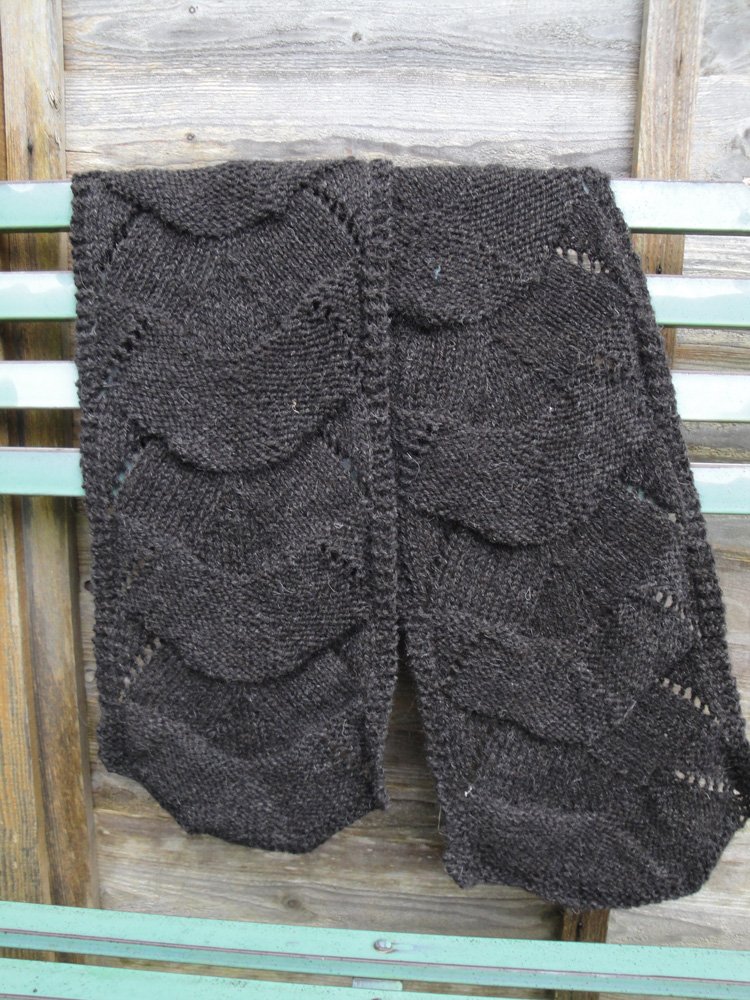 Throughout the 2014 Indie Design Gift A-long I’ve been introduced to new designs and new designers. Each designer has an interesting story and history. Miranda Jollie is special since she’s a “criminal barrister” (attorney) by day and a designer by night ~ two very different worlds.

Having not interviewed a barrister/designer before, I knew you’d be as interested to learn about Miranda as I was…..

Tell us something about yourself ~
I’m in my early 40s, married to David for 10 years and we live in a little Edwardian house in west London with our beautiful cat. I’m originally from the north of England but have been living in London since I left university. I work as a barrister – that’s a lawyer specializing in court advocacy, practicing criminal law. And yes, that does mean I have to wear a wig for work! Away from work, I do a lot of cooking and preserving, plus working in my garden & allotment. I’m currently President of my local Women’s Institute. I can also often be found down at my very friendly local pub, or watching the cricket at Lord’s.

How did you get started with designing and selling your designs?
A couple of years ago I was off work for a few weeks basically having to rest and not move very much from the sofa. I did a lot of knitting, not surprisingly, but found I was holding the needles so much I needed to do something else with my hands, and also that my brain was in need of serious stimulation. So I started designing – a very simple smartphone cover, and then a more complicated fingerless gloves pattern – and published them on Ravelry, and gradually got more serious about it. Prior to becoming a lawyer I had worked in marketing and done a lot of print design, and I think I’d underestimated how much I would miss having a visually creative aspect to my job. By the end of the year I had had my first patterns accepted for magazine publication. 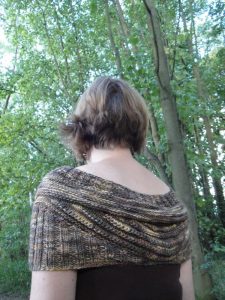 What do you see as your design “style”?
I don’t know if I would say I have one – my designs do vary hugely – but what I try to do is use construction and texture in an original way, to create pieces which are simple but satisfying knits. Because knitting the sample is a big part of the design process for me, I try & make things that are fun to knit as well as beautiful objects when finished. I design a lot of accessories which are meant for improving knitters, who want to learn or practice a new technique like short row shaping (Santiago Cowl is a good example of this) in a quick – I guess low risk! – project.

What influences your designs?
I get inspired by art, architecture, the natural world, travel… Lots of my designs have a little story about them, sometimes quite personal like my Black Beacon scarf and hat, which are inspired by the place where my husband proposed to me, sometimes just something that has really fired my imagination, like the exhibition at the British Museum which inspired the Eldorado shawl. When we’re on holiday, I’m always getting distracted by odd things which look like they could knit up well. My husband now immediately knows what’s on my mind if I start staring at a wall tile or a paving slab instead of the view!

What do you enjoy most about designing?
Probably my favorite bit is the testing process, as it’s the first opportunity to see what other people make of the designs and how my little design idea can transform into all sorts of beautiful objects that give people pleasure. When one tester told me my pattern was the first thing she’d knit for her daughter that she was actually prepared to wear, I was really proud! I also love naming my designs, which I know can be a headache for some people, but I actually have even more ideas for names than I do for patterns. 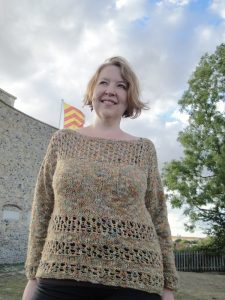 Do you have any upcoming projects you can share with us or give us a sneak peek of?
I’ve got a few designs waiting for publication in Knit Now magazine which I can’t disclose too many details of – but they will include the pattern the paving slabs turned into! I’m gradually making and testing a lot of little cowl projects which will eventually get collected into an e-book. I’ve just finished the sample of a cowl I’ve had in my head for ages, which is based on ceramics by an artist called Clare Wakefield, and I found the perfect yarn for a few weeks ago. That will be available for testing very soon.

Do you get to do much knitting/crochet for yourself?
I nearly always have a sweater project on the go – I wear a lot of sweaters, a lot more than I have time to design myself. I think it’s really important to keep working from other people’s patterns, there is always something new to learn both in terms of techniques and pattern writing style. I’ve made sweaters by Ann Kingstone, Carol Feller and Louisa Harding this year. I’m also participating in the GAL as a knitter! So far I’ve made myself a cowl by Marlene Siegel and there is a Svetlana Volkova hat pattern I really want to try as well.

What prompted you to participate in the Indie Designer GAL?
I became aware of it too late last year and am glad I took part this time. It’s partly good for me to get a new audience for my designs but it’s also important that designers support each other – which is why I’ve made sure I have bought and made patterns myself as well as taking part as a designer.

What is your favorite part of the GAL?
To be honest it’s been looking through the Pinterest boards and finding new designers and patterns that I wasn’t aware of.

Has the GAL met your expectations?
I’ve definitely sold more patterns and seen more interest both on Ravelry and Pinterest. At the moment no one is making anything of mine for the KAL so I am hoping that will have happened by the end of the year!

Where can folks see your published designs?
Everything, including magazine, self-published, and yarn company, is on my designer page on Ravelry (https://www.ravelry.com/designers/miranda-jollie) . I’d really like to draw your attention to two designs, my Southfield Sweater and Martini Cowl, both of which are released though the p/hop for MSF project. This means knitters download the pattern for free, but make a donation to Medicins sans Frontieres. This charity always does completely brilliant work, but at the moment is one of the most important agencies working in West Africa on the Ebola crisis. As well as my two, there are loads of patterns on their website which would make fabulous Christmas gifts.

Miranda has a wide variety of designs in her portfolio ~ be sure to check them out on her Ravelry page. The 2014 Indie Design Gift A-long is continuing for another 3 1/2 weeks so there is still time to participate!